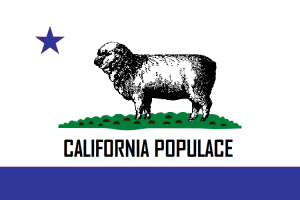 This is how the state of California and the 9th U.S. Court of Appeals view the free people they supposedly serve

The 9th U.S. Circuit Court of Appeals has ruled that the 2nd Amendment does not protect the right of individuals to carry concealed weapons. Certainly I have much to say on the implications that this ruling has on our rights and freedoms. However, that is the low-hanging fruit. I prefer to look a little deeper. In reviewing the ruling, I think many people are overlooking the inherent elitism that the court ruling implies, possibly going as far to be called sexist, homophobic, and dare I say racist.

The basic crux of the matter at hand are that people in California are only legally allowed to carry concealed weapons if they are granted a permit. Part of being approved for this permit is dependent on the applicant proving that “good cause exists” for carrying a concealed weapon. Each county in California is allowed to define what exactly “good cause” means for the applicants in their jurisdiction. One of the counties in question, Yolo County, does not explicitly define “good cause,” but only gives examples of what they consider to be valid reasons to carry a concealed weapon:

Additionally, both Yolo and San Diego County, the other named county in the lawsuit against the state of California, explicitly define that “self protection and protection of family” or “simply fearing for one’s personal safety alone” are not valid reasons for carrying a concealed weapon. So let’s further examine these “good causes,” shall we?

Elitism is Alive and Well in Big Government

Basically what these counties are saying, and by extension the state of California and the 9th U.S. Circuit Court of Appeals endorse, is that the life of a person or their family are not “good causes” worth protecting, but large sums of cash or “valuable” items are. So cash and material items are more “valuable” than human life according to these various big government entities. Besides the inherent condescension of a government imposing where and how the people they serve may exercise their own rights, not allowing people to defend their own lives unless they have “valuable” cash or items smacks of unabashed elitism. If one is looking for a situation where real privilege is handed out, look no further than the state of California and their concealed carry legislation. Apparently, only certain lives are privileged enough to defend themselves.

The state of California and the United States government is basically telling women that their bodies and health are not valuable enough to protect against rapists. How sexist of them. Talk about a war on women, big government believes women aren’t capable enough to determine for themselves when they have a “good cause” to protect themselves from violent sexual predators. The same goes for homosexuals. Big government in California does not allow the LGBT community to decide for themselves when they think they posses “good cause” to safeguard themselves from violent people. Are the state of California and the United States government homophobic? Sure sounds like it.

However, if you are a business owner, and only a business owner, you apparently are “likely to encounter dangerous people and situations.” Now, I wonder exactly how the state of California defines “dangerous people.” Would they be people who live in certain areas? Maybe those areas would include inner cities? Don’t people of minority status live in inner cities? Racists!

Now, I admit that this last point may be a bit of a stretch. But, I would be willing to bet that if the records of who was given concealed carry permits were reviewed and for what circumstances, it could be interpreted in a way that would show tendencies to give permits to people who were more affluent and non-minority. I wonder if anyone has this information or if the state of California would be willing to divulge such data?

So what do you think? Do you like the fact that certain governments think they know better than you where and how you may protect yourself or your family? Or are you happy that they consider cash and material items to be more valuable than you and your family’s lives?